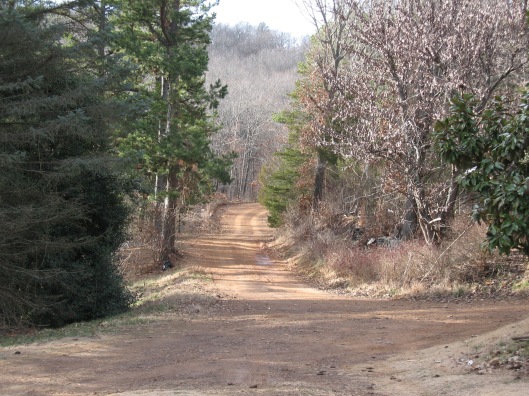 Another one of the sights on I35 to San Antonio from Dallas is the dome hut farm. I’m sure it’s called something else, but that’s how I always thought of it. A whole little dome hut neighborhood, and the flagship dome structure made to look like a giant caterpillar. I’m sure it all makes sense, but I kind of like the whys remaining a mystery. And I kind of want a dome hut house now and then, logistical issues with furniture aside.

I rode in a Winnebago once during either our middle school church choir tour or mission trip. Ever since then, I’ve been fascinated by RVs. If I can ever make a living working freelance, that might just be what I do—buy a small RV or trailer and purchase a smartphone with a hotspot (I’m kind of a phone Luddite, always have been, probably always will be) and travel with my house behind me. The life of a nomad has been calling me more and more often lately. I know it’s a hard one, and I recognize I romanticize it even as I imagine what it would be like.

I call it my walkabout. To just put on a pair of walking shoes and go. Maybe a bike, maybe a bike trailer thing. I have incurable wanderlust, but I’m also an incurable homebody. Just put that up on the shelf of all the other contradictions that leave me in a state of perpetual frustration.

For another bit of amusement, there’s a place outside Fayetteville, Arkansas, with a big sign for a car body shop right next to a cemetery. That one can fuel my dad and me for hours.

When I smell strong woodsmoke, I know I’m in Arkansas, even when I’m not. Burning wood, sometimes the smell of burning rubber. I also associate the smell of skunk with our road trips up to northwest Arkansas, passing through the vents, and it’s why I like the smell of it—as long as the buggers keep a healthy distance.

We always stopped at a Braum’s for ice cream, and before we left Arkansas, we always ate at Tiny Tim’s Pizza. My grandparents’ church is what I think of when people point to megachurches and say we should tax the churches. In Texas, it feels like we have a church on every other corner, and many of them would be considered megachurches. But rural churches would officially die if churches were taxed—small and old and already strapped.

My grandfather was a Methodist minister, with the biggest, most resonant baritone you can imagine, and he boomed through that church while he could. I swear, it sometimes seems like half of my family and the ones we adopted as family make up that little church. I didn’t like going because I don’t like getting up weekend mornings, and I hate wearing church clothes. But in a rural town, churches are the social heart.

Sometimes I think I just like churches for the windows. My parents keep stained glass in the house, including a window from Grandpa’s first church. Through the choir tours and other visits, I’ve been in a lot of churches—big, small, Baptist, Methodist, Presbyterian, Catholic. The window always capture me when my eyes don’t know where to rest. I can stare at them for hours, finding the details.

Arkansas was where I learned to fish, learned how to feed chickens, learned to fear ticks, learned to love cats with claws and German shepherds. We explored there farther than we could in the suburbs, even though our neighborhood has a helluva creek bed. Arkansas was a cabin in the woods on a gravel path and ATVs, a giant magnolia tree and dogwood, Cheerios and banana with honey or peanut butter on toast, an out-of-tune piano and an organ in the loft, persimmons and blackberries picked fresh, buckeyes and Easter eggs, a real pine tree for Christmas, the waterfall poster leading down to the clawfoot tub. Arkansas was the mill and the car cemetery, and the pond where I skipped rocks. A sheltered little suburban bookworm, and Arkansas was where I got my shoes dirty. We rode the ATVs to feed the cows. I nearly got a concussion when the bull came at the hay too fast, but most of the time, the cows were too skittish to let us close.

They didn’t have air conditioner until I was in my teens, and no Internet until after I graduated high school, no wifi, and no cell service without driving around the mountain. I read book after book out on their front porch when it was too hot to be inside or with the rain hitting the tin roof. The Shining was my favorite for the farm, although I don’t know why. Maybe it was the way the book smelled that seemed to fit.

On July 4th, they put on an amateur fireworks show. No one ever got hurt, and the displays became grander as the years went by. Sometimes the evenings were even cool. Methodists know how to put on a potluck, and we’d be full on our lawn chairs, goading the guys on while they set up in the dark.

Arkansas was where I would go to see the sky as it is, where I finally saw the cloudy Milky Way. I’d stay out there until the mosquitoes ate me raw, just to see all the stars that we can’t see against the streetlights. 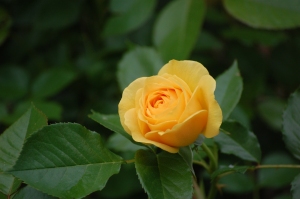 When I was a kid, my parents would take the opportunity during every fall break of school to vacate us on a week-long trip to a different state. National parks were a staple. I don’t remember them so much as individual trips anymore. My memory of America, the Beautiful, arrives to me in a melded series of visuals, vignettes, food. Hours in a Dodge Caravan or a Honda Odyssey when I would read books while the air conditioner poured cold air on me to combat carsickness. Listening to show tunes and probably singing too loud for a car full of people.

I’ve lived in Texas all my life. We never forgot we were our own for a while. No one understands the scope of our state until they start driving. And driving. And driving. Really, Texas seems comprised of its own states, each with their own unique climate and culture. There’s the Metroplex, wooded East Texas, desert West Texas, ranching Panhandle (my dad would recommend you read Hank the Cowdog for that), weird, artsy Austin, the border South (with San Antonio), and the Gulf. I went to school in-state, but it was still prohibitive for me to drive back home on a regular basis. On a good trip, I think it took five and a half hours. On a normal trip, more like six and a half. The width of the DFW Metroplex is that of Connecticut.

Again, my experience of Texas itself is one of patchwork memories—and a tremendous fondness for a state that thinks 90 degrees is a decent summer day and winter is optional. Big Bend is a broad watercolor mural in my mind. Bats look like cloud cover on the weather radar screens every evening. Most of my family is here. Most of my friends, too, even some I’ve never met. Nowhere does melted cheese quite like we do. Tortillas are the real Texas toast. Our secondary schools are as big as small universities. In another state, perhaps I would have been considered stranger than I was, but it’s harder to be weird when there are enough people weird just like you. Not impossible, just harder.

The stretch of I-35 from home to Trinity is etched in my skull—the Bruceville sign I took a picture of for my dad, the Czech Stop, my accidental stop at Bucc-ee’s that I only recognize in retrospect, the tangle of Austin’s overpasses, the calm when I reached Universal City and realized I was almost back to school, the Dallas skyline that said I was almost home.

I’ve yet to encounter a state or country whose representatives actually represent them. I’ve learned not to judge a place by its politicians any more than I can judge a religion by its leaders. The Nordic countries seem wonderful. Iceland. Canada. Australia. But my heart is here in the heart of Texas, and I’m not sure anywhere else could be home.